Importing and stacking images got a lot easier today with the release of Observatory 1.4.3 on the Mac App Store.

Source folders are now optional, and you can just drop images or folders on your library window to import them. For empty libraries there’s a drop zone that you can click to select your images and folders. 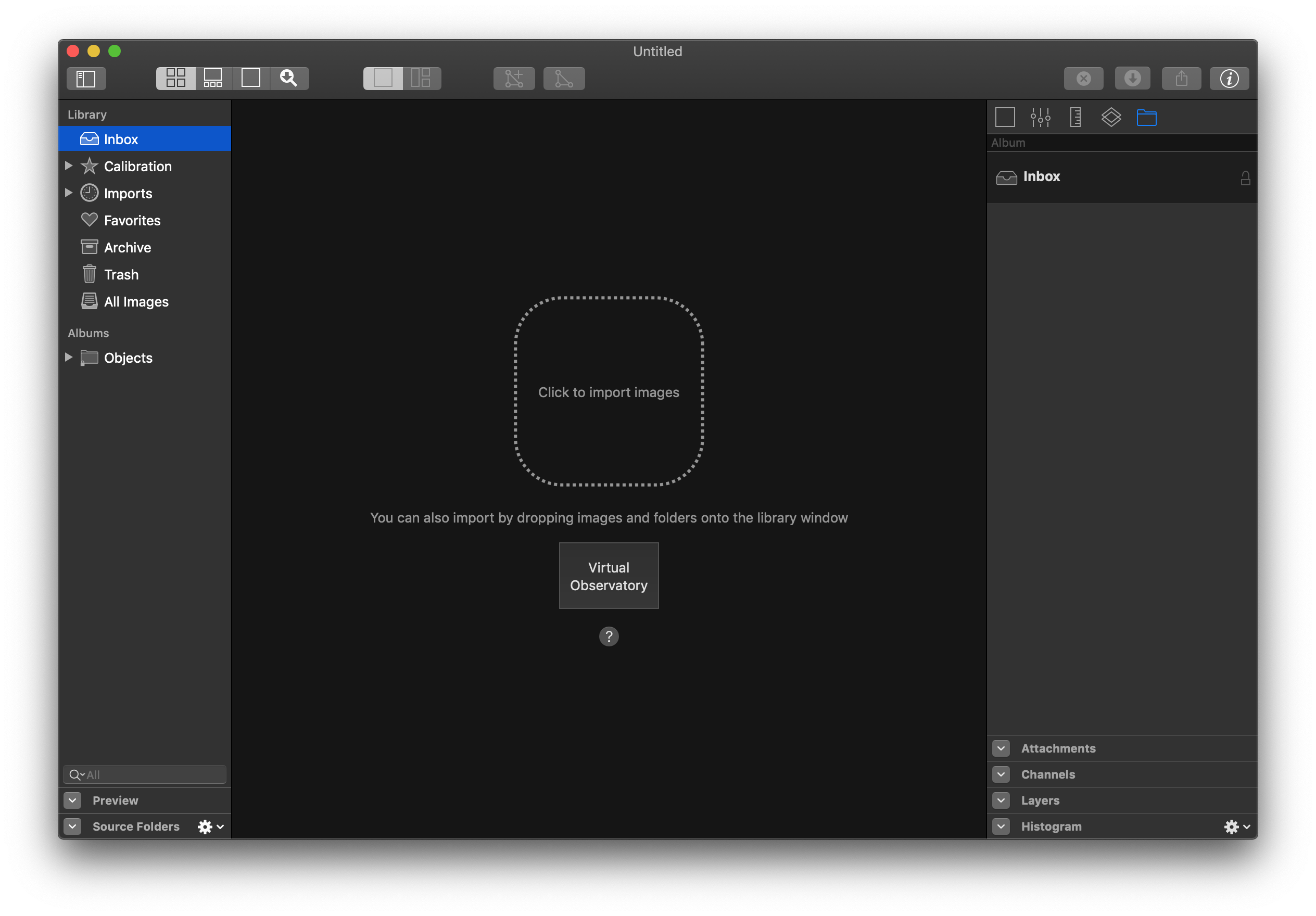 Because Observatory is build around the concept of image libraries, previously you couldn’t just open and view individual images with it. But now you can. It creates a temporary library with just that image. Use it to quickly inspect an image, its metadata, apply nondestructive adjustments, plate solve, overlay catalog data, and more.

You can now stack images while they are still in Inbox. There’s no need to first move them to an album anymore. Stacks can now be moved or copied to another album using the corresponding menu item or by dragging them. Press the option (⌥) key to copy. To move a stack back to Inbox, choose “Image ▸ Remove From Album”.

We improved the compatibility with older hardware, resolved a crash when using certain GPUs as compute device, and a performance regression triggered by low memory.