Observatory 1.5.3 has been released to the Mac App Store.

The adjustment also gained the new option to skip most of the validation altogether. So if some of the metadata is incorrect, or you want to calibrate your image with a flat taken at a different sensor temperature, now you can without having to manually edit the metadata.

Observatory 1.5.2 is available on the Mac App Store.

New in this release is that Observatory now always reopens libraries upon launching. Previously this behavior was determined by the “Close windows when quitting an app” setting of the General System Preferences, but since this setting is turned on by default, many users were not aware of this feature in Observatory.

Another improvement is related to the decrease in contrast of successive macOS releases. These changes affected the legibility of inspector, browser and editor labels in Observatory. This has been fixed. 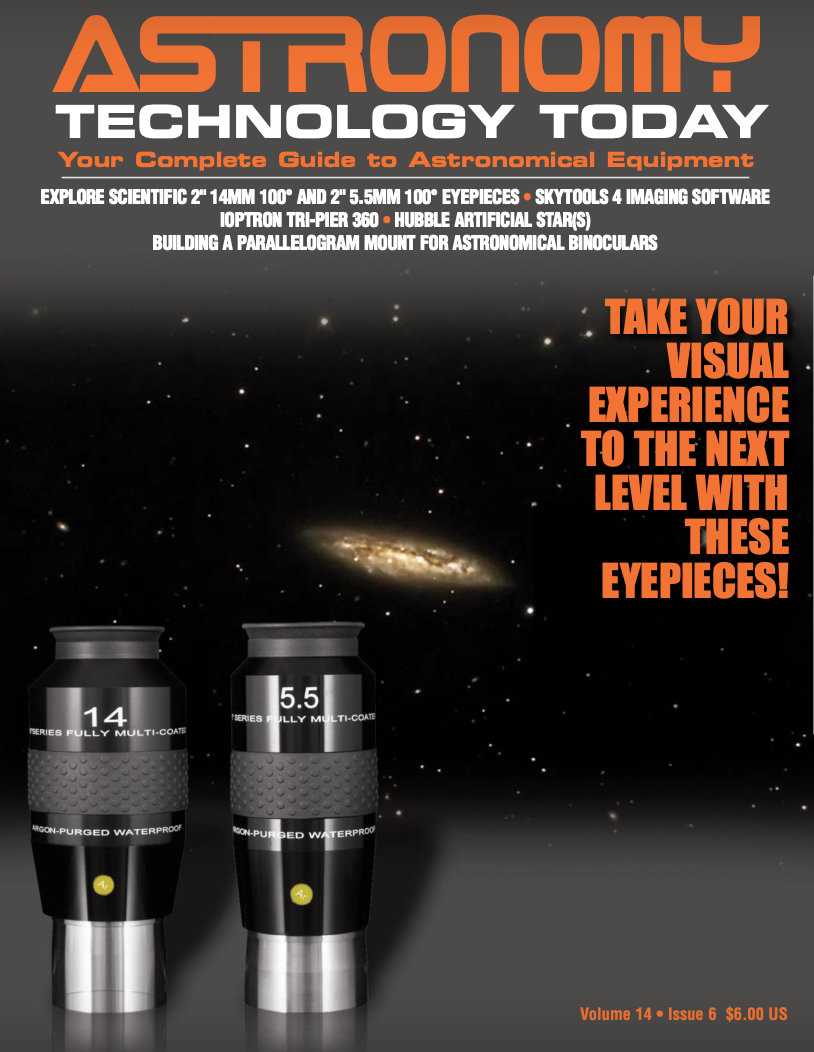 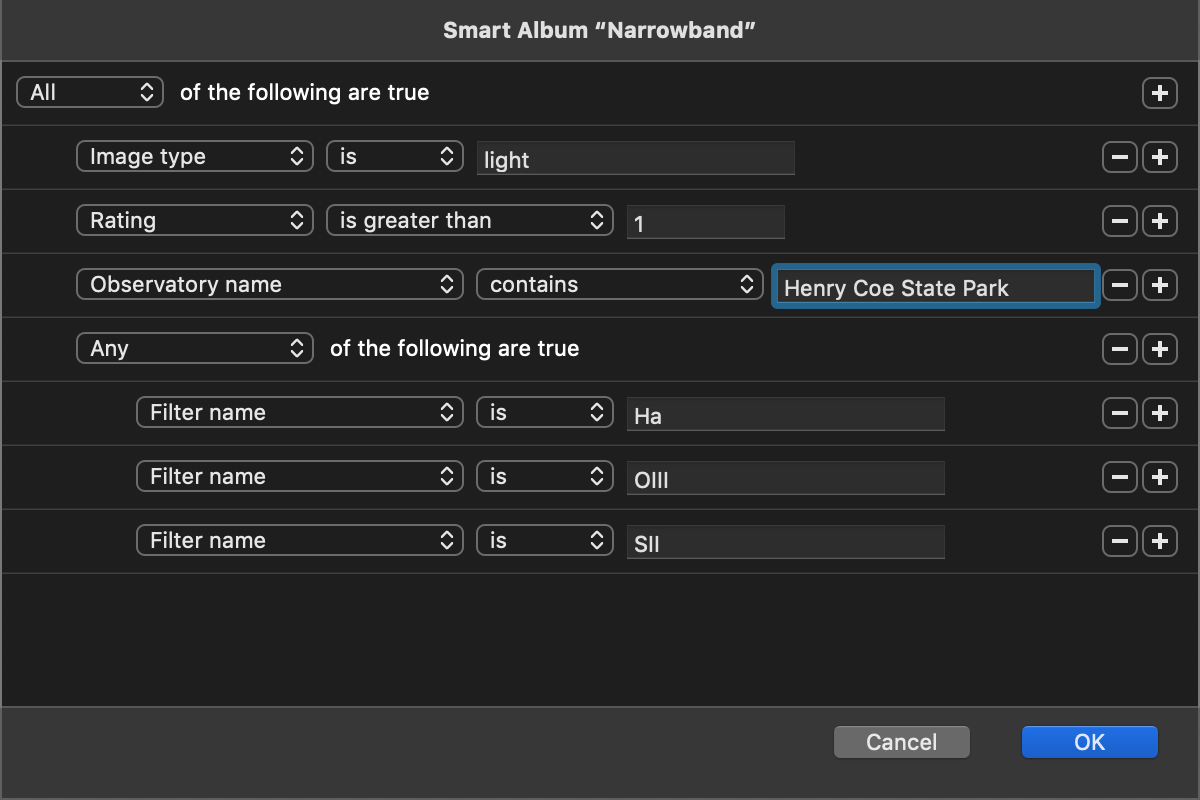 Today we released Observatory 1.5.1 on the Mac App Store, an update that focuses on some of its core features.

We expanded the user guide with new articles about organizing images with Observatory and smart albums, and we added 21 (twenty-one!) additional criteria to smart albums, bringing the total to 33. You can mix and match new criteria such as ISO speed, focal length, detector temperature and constellation with existing ones to organize your images like never before. We have also fixed a few issues with some of the existing criteria, and you now only have to double-click a smart album to edit it, instead of having to use the contextual menu. Furthermore we have improved the performance of image libraries, opening and closing them faster, and selecting any folder, album or smart album yields results faster.

There‘s now support for camera field rotators. The rotator angle is extracted from images upon importing, and taken into account when calibrating and auto-stacking. This new information is available in the version inspector and as an optional column in the list browser.

Exporting master images has been tweaked a little bit, such that exporting a FITS or SBIG master image with its original dimensions just copies the original file. For managed master images this has always been the case, but now this behavior is also extended to regular masters.

We also fixed a range of smaller issues, such as missing titles and upscaling when exporting to PDF, an issue with opening recent libaries from the Welcome window, a regression that resulted in ESO hierarchical FITS keywords in exported images, and a bug in galaxy overlay position angles.